28 April 2021 Analysis Of The Week: The Post Office IT scandal 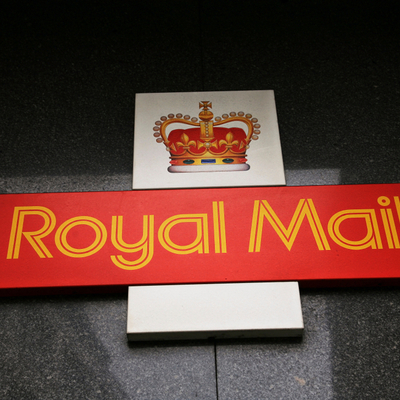 Analysis Of The Week: The Post Office IT scandal​

It’s being called “the most widespread miscarriage of justice in British legal history”. Hundreds of Post Office branch managers “found themselves with a criminal record, bankrupted or imprisoned – prosecuted for theft and false accounting after glitches in the central computer system made it look like money had gone missing” (BBC).

On 23 April 2021, 39 former sub-postmasters won a historic legal battle as the Criminal Court of Appeal quashed their convictions. The ruling may pave the way for many of the 700 other sub-postmasters convicted between 2000 and 2013 to challenge their criminal convictions too.

In 1996, computer services company ICL, later part of Fujitsu, won a government contract to modernise Post Office operations and prepare for the 21st century. A new accounting system, Horizon, was introduced from 1999. Within weeks, branch managers were finding unexplained losses in their regular audits. The Post Office consistently took the line that the subpostmasters were responsible for the shortfalls in their accounts.

Between 2000 and 2014, the Post Office prosecuted over 700 people, an average of one per week, for accounting discrepancies. Lives were destroyed as people lost their livelihoods, homes and respected place in the local community. One defendant was only 19. One whose parents had ploughed their life savings into helping him repay the ‘debt’ committed suicide (Private Eye). Yet the Post Office repeatedly told individual postmasters that they were the only ones experiencing accounting issues.

Claims against the Post Office included breach of contract, deceit, negligent mis-statement, economic duress, harassment and malicious prosecution (The Lawyer). In March 2019, the High Court’s Mr Justice Fraser found that, contrary to the Post Office claims, the Horizon system was not robust but was prone to errors that could cause unexplained losses, describing the Post Office’s denials as “a parallel world” and “the 21st century equivalent of maintaining that the Earth is flat”. A few days later, Post Office legal advisors Womble Bond Dickinson tried, and failed, to have Justice Fraser recused from the enquiry (The Lawyer). By December 2019, there was a settlement of £58 million for the 555 claimants – but also legal fees of around £46 million, leaving each claimant with an average of £20,000.

What it Means for Businesses and Law Firms

The Criminal Cases Review Commission (CCRC) is the statutory body created in 1997 to investigate alleged miscarriages of justice and refer appropriate criminal cases for appeal. The CRCC found that there was a material risk with the Horizon system’s bugs, defects and errors that impacted on the accuracy of branch accounts. They also found that the Post Office failed both to investigate the causes of apparent shortfalls fully, and to fully and accurately disclose information regarding Horizon’s reliability and as a result, Post Office applicants were at a significant disadvantage in seeking to undertake their own enquiries. The CRCC referred 55 cases for appeal.

There were two main limbs to the argument for an unsafe conviction. Firstly, that the reliability of Horizon data, withheld by the Post Office, was essential to the prosecution, and therefore without this, the trial process was unfair. Secondly, that it was “an affront to the public conscience” for the appellants to face prosecution.

The scandal highlights the harrowing human, and financial, cost of blind reliance on flawed technology, as well as “a culture of secrecy and excessive confidentiality generally” highlighted by Mr Justice Fraser. The Post Office has set up a historic shortfall scheme to compensate those who lost out, but eligibility excludes the High Court litigants. The potential compensation claims could swell far beyond the £100 million already spent on litigation.

If anyone is interested in hearing a really accessible journalism point of view on this story, there is an excellent podcast series on BBC sounds. The journalist who put it together has been working on it for around a decade after a chance encounter with a cab driver whose pregnant wife, he alleged, was in prison for a crime she hadn't committed. It turned out to be true. It's a really great listen. https://www.bbc.co.uk/sounds/series/m000jf7j