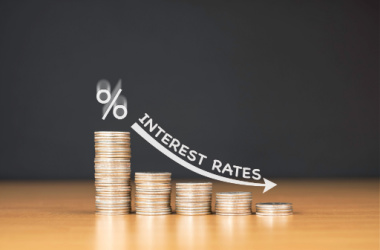 What do you need to know this week?

In a reminder that not all national economies are under the same kinds of strain, China slashed its interest rate from 2.85% to 2.75% (or 10bps). This marks a further divergence in the economies of the West and East, as central banks for certain Western countries including the Bank of England and Federal Reserve have embarked on a series of rate hikes beginning in December 2021.

The reason for the rate increase? The growth rate of the world’s second-largest economy continues to stall for a host of reasons, including:

The government is committed to pursuing its policy of locking down whole cities where COVID-19 rates rise, necessarily stunting consumer demand for the communities forced into lockdown.

Even for regions not currently locked-down, China has implemented a series of measures such as using drones to monitor compliance with regional policies — the aggregate effect of which further dampens consumer demand.

Last autumn, global markets were on edge wondering if over-leveraged property behemoths like China Evergrande were going to default, and, if so, how bad the fallout would be.

Since then, the situation seems to be evolving more slowly than expected: the government has intervened with liquidity-boosting measures to prevent the property problem from spilling into the wider market, while offshore bondholders negotiate with companies like Evergrande to recover some of their initial investment.

Nonetheless, the fundamental fact is that this remains a crisis, albeit slow burning: mainland consumers that have paid their life savings to developers have been prevented from demanding their money back, which further impedes consumer demand and inspires widespread market uncertainty.

As we reported several months ago, China’s birth rates have fallen, which dampens the nation’s long-term growth prospects — something that could make emerging market investors sour.

By lowering rates, China’s central bank has made credit cheaper. Ideally, this will encourage lenders to lend more and borrowers to borrow more — the net effect of which is to spur economic activity. This is essentially the same strategy used by Western central banks until inflation began to take hold last year.

Why is this important for your interviews?

One of the most common interview questions to test your commercial reasoning is putting forward a case as to where a law firm should focus its international expansion efforts (if they should at all).

While the structural problems China faces are not grave enough to encourage certain firms to reverse as much as four decades worth of investment in China, this is a situation to monitor from time to time. At the very least, you could use this development to present a compelling case that China may not be the guaranteed economic powerhouse many believed it to be several years ago.

Instead, you might argue that the firm you are interviewing with should diversify its expansion efforts, perhaps by targeting India or Indonesia.

How is this topic relevant to law firms?