You are using an out of date browser. It may not display this or other websites correctly.
You should upgrade or use an alternative browser.
Article Discussion (24)
Leave a rating 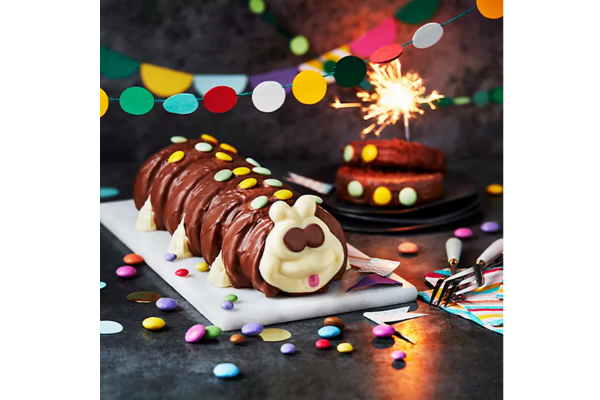 With more than 15 million sold since 1990 and now with an equally iconic female partner ‘Connie’, there is little doubt that Marks & Spencer’s ("M&S") ‘Colin the Caterpillar’ is used to the spotlight. However, this week saw M&S file a High Court claim that will see the sponge delight at the centre of an intellectual property dispute against none other than Aldi’s ‘Cuthbert the Caterpillar’ cake.

M&S has alleged that Aldi has infringed multiple trademarks in producing Cuthbert, who closely resembles Colin in both design and packaging. To be successful, M&S would have to prove that Colin’s appearance is clearly recognisable as an M&S product, and that Cuthbert is used in the same manner to create “a likelihood of confusion on the part of the public” (per sections 1 and 10 of the Trade Marks Act 1994, which implements Trade Marks Directive (EU) 2015/2436) (Practical Law).

Confusion could be proven through evidence that the general public either associate the two, or would confuse the two were they side by side (Acumen Business Law). M&S have three trademarks against Colin, which they will argue have provided a reputation and distinguishable character. M&S may also point towards the centrality of the product in events with their partner cancer charity Macmillan (BBC News).

Alternatively, with the presence of Waitrose's ‘Cecil’, Sainsbury's ‘Wiggles’, Tesco's ‘Curly’, and Asda's ‘Clyde the Caterpillar’, other retailers may have slightly dulled Colin’s exclusivity on supermarket shelves.

Other companies have also lost high-profile trademark battles. In a case before Europe's highest court in July 2018, it was held that the shape of a Kit-Kat bar could not be registered as a separate trademark - for which a shape must depart significantly from the norm of that sector, or be extremely well-known as an indication of that brand (hgf.com).

What it Means for Businesses and Law Firms

This would not be the first time that Aldi has faced IP litigation. In 2019, Islestarr obtained summary judgement against Aldi for copyright infringement of their Charlotte Tilbury make-up palette worth £49, as opposed to Aldi’s £6.99 version (Financial Times; Burges Salmon). In May 2014, The Saucy Fish Co obtained an injunction by consent against Aldi’s ‘Saucy Salmon Fillets’ (Osborne Clarke). If Aldi loses this case, the reputational and legal costs of litigation, and the risk of paying damages, as well as having to remove products from sale, could serve as a warning for future product development.

With that said, Aldi’s (successful) business model relies on providing cheaper alternatives of popular products to undercut other supermarkets, and previous litigation appears not to have deterred the discount retailer. Aldi was also quick to release a ‘#freecuthbert’ hashtag from their Twitter account, possibly adding a level of triviality to the legal claim.

If M&S were to be successful, IP lawyers could see an increase in advice regarding protection of goodwill, or in brand management – the case of Colin certainly emphasises how omnipresent intellectual property is for businesses. In this case, M&S has enlisted Dentons to advise, while The Lawyer understands that Freeths will be acting for Aldi (Legal Week; The Lawyer).