Facebook and Apple Go Head to Head for Advertising Business 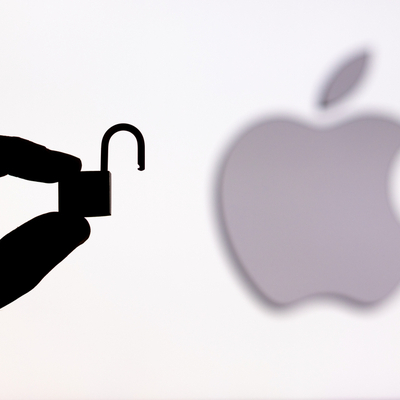 Amidst the 2018 Cambridge Analytica scandal (where Facebook gave information from over 50 million users to a voter-profiling firm without their consent), Apple CEO Timothy Cook urged Facebook CEO Mark Zuckerberg to delete information collected from its users to create targeted adverts (New York Times).

Two years on, Apple has released its new privacy tool - ‘App Tracking Transparency’ - which offers users more control over how their data is shared (New York Times). This creates a pop-up window on users’ screens, requesting permission to share their information with third parties. This will likely drastically affect Facebook’s targeted adverts business; it is anticipated most people will opt out of being tracked by third parties.

Profit from advertisements make up the bulk of Facebook’s revenue (Financial Times). On Wednesday, Facebook announced that its quarterly revenue increased 48% to $26.2 billion, compared with last year. Its colossal growth in revenue was attributed to a 30% increase in the average price per advert, and a 12% increase in the number of adverts shown (CNBC). However, the new software update introduced by Apple is likely to cripple Facebook’s advert business (Financial Times).

Apple claims these changes will protect users’ privacy. Zuckerberg, however, challenges this, arguing Cook’s latest moves are driven by competitive interests (Financial Times). Indeed, there may be substance to Zuckerberg’s remarks. Apple is hoping to expand its advertising business by rolling out a ‘suggested apps section’ in the App Store for advertisers to promote their apps across the entire network. This is unsurprising as Apple has long yearned to enter the mobile advertising business, evidenced in its (failed) attempt to build an advertising business with iAd in 2010 (Financial Times).

What It Means For Businesses and Law Firms

The market for online advertising has exploded, accumulating annual sales of $378 billion (Financial Times). The Covid-19 lockdowns, forcing people to stay in, may have helped to prompt a surge in users joining Facebook (CNBC). According to a report conducted by PwC which was commissioned by the Interactive Advertising Bureau, spending on digital advertising soared 12.2% yearly in 2020 (CNBC). However, the report also pointed to market saturation dominated by large players such as Google and Facebook. Their share of the US digital advert market was 28.9% and 25.2%, respectively (CNBC).

Lawyers will be involved in preventing anti-competitive behaviour by working with companies, such as Facebook, to navigate antitrust regulations and advise on issues of data privacy. As companies such as Apple continue to expand their advertising business, mergers and acquisitions involving online advertising companies will likely increase. This will require lawyers to help advise on the buying and selling of business interests, on deal structures, and also on drafting legal documents and conducting due diligence.

You're right, but I think it can be quite complicated to find professionals in his sphere. But at the same time, I know that there are many specialists, and when I was looking for a difference between react native vs flutter 2022 , I managed to find a company that helped me with web development, so you just need to keep looking and relying on the reviews.

More in Technology, Media and Telecommunications