You are using an out of date browser. It may not display this or other websites correctly.
You should upgrade or use an alternative browser.
Article Discussion (23)
Leave a rating 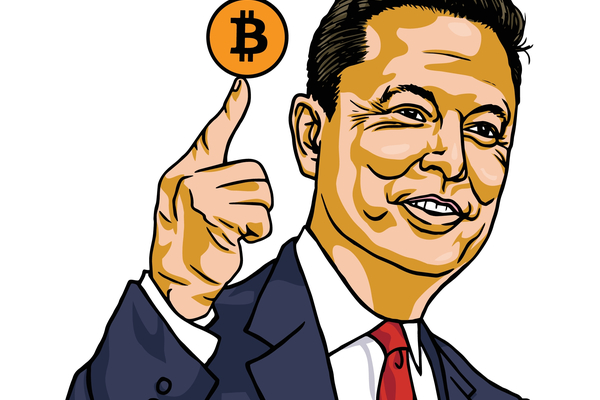 Tesla has invested US$1.5 billion in bitcoin and announced its intention to accept the infamous cryptocurrency as payment for its products in the future (Financial Times). The move prompted the price of bitcoin to surge to a then record-high – over US$44,000 per bitcoin (The New York Times). In a regulatory filing, the automaker revealed that it had updated its investment policy to allow for “more flexibility to further diversify and maximise returns” (United States Securities and Exchange Commission). Tesla is the first S&P 500 company to venture into bitcoin (Investopedia) and the second largest corporate bitcoin-owner, with the top spot held by software company MicroStrategy (Bloomberg). It appears that Tesla’s headline-grabbing venture into bitcoin may be the catalyst for other businesses to engage in similar investments.

What It Means For Businesses And Law Firms

Other companies are contemplating bitcoin investments of their own or actually following in Tesla’s footsteps. Twitter’s CFO, Ned Segal, reacted positively to the automaker’s announcement, suggesting that his company may also dabble in bitcoin in the future (CNBC). BNY Mellon, America’s oldest bank, announced its own bitcoin investment in the same week as Tesla (Forbes). For their part, retail investors will now be exposed to bitcoin when acquiring shares in Tesla or the S&P 500, further strengthening the cryptocurrency’s potential to become mainstream.

“As the industry goes, so go their regulators” (Lexology). Central bankers, including Christine Lagarde and Andrew Bailey, are already sceptical of cryptocurrencies, which indicates that efforts to regulate and supervise the industry might hasten in the near future. Law firms may be called upon to help eager investors navigate the prospective changes to the regulatory framework surrounding cryptocurrencies.

Hi guys, just wanted to kick off the discussion on this article with some of my thoughts. @Jacob Miller will be adding to this later today with some of his own views. The point of these discussions is for us all to bounce ideas off of one another and help each other develop more well rounded opinions so please feel free to agree with us, disagree with us and add any of your own thoughts!

For me, the sudden interest in Bitcoin, Dogecoin and any other crypto asset you can think of makes the most sense if you keep in mind that the interest was fuelled by the anti-establishment rhetoric underlying the Gamestop/Reddit saga. When Robinhood first shutdown the buying of Gamestop shares, people understandably became outraged that institutions could gate-keep the stock market from the average retail investor in such a way. A few days later, Elon Musk then took to twitter to tweet that Dogecoin was "the people’s crypto". I view both these issues as being linked because if low cost retail trading is indeed helping to “democratise” the financial markets as some argue, then the next logical step is a greater focus on cryptocurrency because it is the paradigm of financial decentralisation.

A key issue you’d need to be able to debate in an interview is whether you view the raised Bitcoin prices and increased interest from mainstream corporate players as merely a fad or here to stay. Excluding the sudden interest Musk has created in Bitcoin, I view crypto as a long lasting development for several reasons:

Paypal has already allowed users to buy sell and hold cryptocurrencies and has plans to introduce this to Venmo as well. The EU has plans to introduce regulation i.e. the Markets in Crypto-assets regulation. Blackstone has publicly voiced out that it will need to start “dabbling” in Bitcoin. The investment community tends to take anything Blackstone says very seriously.

While I think some of the traditional pitfalls associated with crypto (for example, the money laundering risk) can be mitigated through better regulation, the series of tweets Elon Musk made that led to a soar in value in both Bitcoin betrays that bitcoin’s biggest problem even if accepted into the mainstream will always be its volatility. How would regulators control that volatility while still maintaining the decentralisation that is causing it to gain traction? Conversely, you could also consider what the increased backing of bitcoin means for other crypto assets. Do you think there is more scope for other assets to reach the heights that bitcoin has, or does the interest in bitcoin mean most other cryptocurrencies will be deemed obsolete?